One of the biggest names in boxing returns after a 15-year hiatus. In Punch-Out!! you play as young up-and-coming fighter Little Mac who, with the help of his ringside trainer Doc Lewis, is working his way through the ranks of a wide variety of boxing caricatures, each with their own patterns of attacks. Grab a Wii Remote controller in one hand and a Nunchuk controller in the other and step back into the ring with a modern update of the classic Punch-Out!!

Little Mac Is Back

Everyone’s favorite underdog from the 1980s joins the best of the original Punch-Out!! cast in a modern re-imagining of the series. Players will find familiar names like Glass Joe, King Hippo and trainer Doc Louis. These boxers come to life again in cell-shaded 3-D, complete with hilarious fighting animations and back stories that capture all the fun and flair of the original Punch-Out!! games.

The motion-sensitive controls of the Wii console mean that when players throw punches, Little Mac throws punches as well. Additionally, you can control hooks and jabs by combining motion control with control-stick movement. The motion-sensing Wii Remote and Nunchuk controllers turn real-life swings into on-screen punches, so anyone can play. The game can also be played with classic NES-style controls by turning the Wii Remote sideways.

Punch-Out!! features a total of 13 opponents for Little Mac to step into the ring with. 12 of which are returning from previous games in the Punch-Out!! series. Each has their own back story and patterns of attacks to learn and learns to counter. Just a few of the characters you can expect to see are:

Punch-Out!! features multiple controller options. For players looking to take advantage of the Wii's motion control capabilities, Punch-Out!! uses the Wii Remote and Nunchuck controllers to simulate throwing punches. Use the Nunchuck to throw a left punch and the Wii Remote to throw a right punch. Fans of the NES version and core gamers will be excited to see Nintendo has also included the option to play Punch-Out!! using the classic layout from the original NES controller. Use the 1 and 2 buttons along with the cross pad to throw hooks and jabs or to dodge. 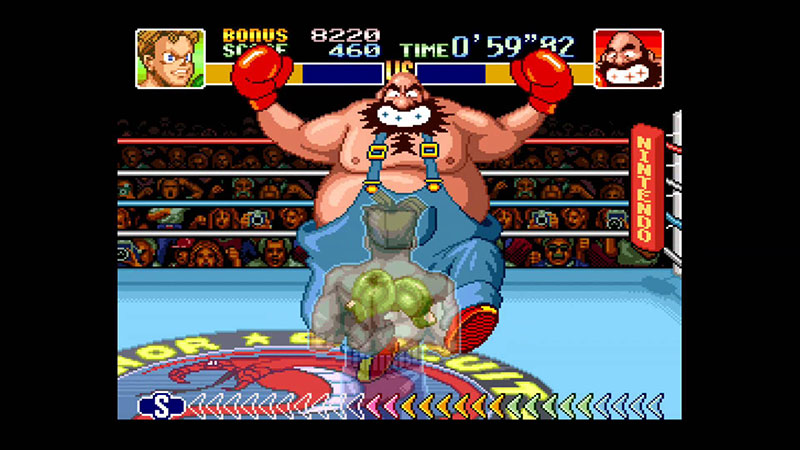 Super Punch Out is developed by Nintendo.