Mother Russia Bleeds is an ultra-violent co-op brawler overflowing with an unmistakable style and unforgettably brutal action for up to four players at once. Set in an alternate U.S.S.R, the story centers on a desperate crew of imprisoned street fighters that must overcome an oppressive criminal authority and crippling drug addictions through any means necessary. Battle solo or alongside friends locally and online in an exceptional story mode campaign or harden your resolve in a multitude of formidable challenge and versus modes.

The graphical style harkens back to the golden age of brawlers, so we use pixel art and layer modern touches to immerse the player in a cold and violent USSR.

Feelings of anxiety and unease are evoked by a soundscape that dynamically adjusts to match the gameplay, further immersing the player in the final death throes of the USSR. 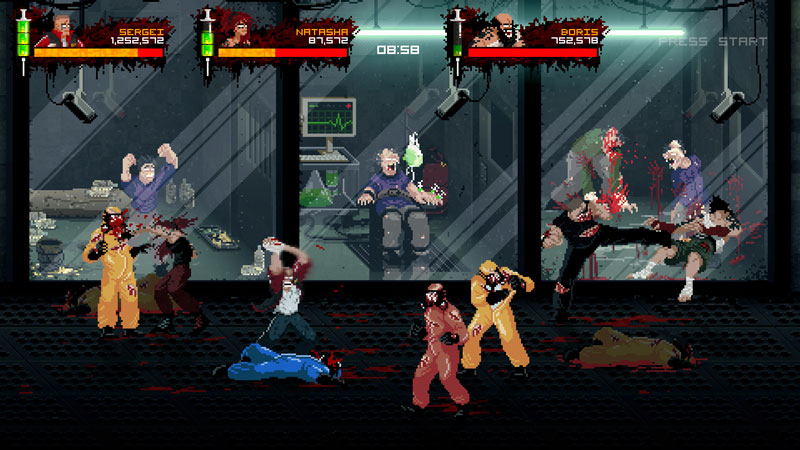