A 2D platform fighter where the best of the baddest-ass warriors in history battle each other in an eternal tourney of champions for bragging rights, infinite mead, and the pure pleasure of delivering a beatdown.

Brawlhalla: An eternal battle arena where the greatest warriors in history brawl to prove who's the best that ever was, is, or will be. Competitors from all eras slug it out in devious and challenging arenas. Every match is an epic test of skill, speed, and strength, and every victory brings added glory and bragging rights to the winners.

Clockwork VALKRIs salt these slugfests with powerful weapons and gadgets. Fighters scramble to grab swords, hammers, blasters, rocket lances and more! Every weapon changes your play style and your options. Gadgets like mines, bombs, and spiked spheres add even more danger into the mix, letting fighters change the course of battle with a well timed-throw or carefully laid trap.

Brawlhalla is a free to play, 2D platform fighting game featuring both online and local modes. When the final version launches it will include: 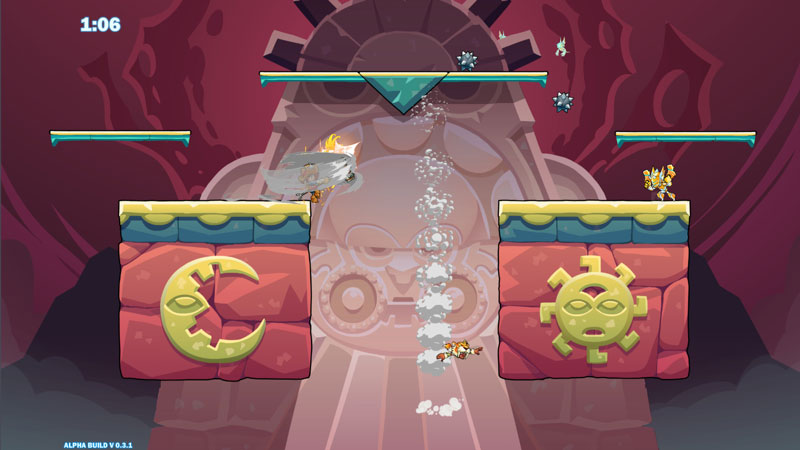